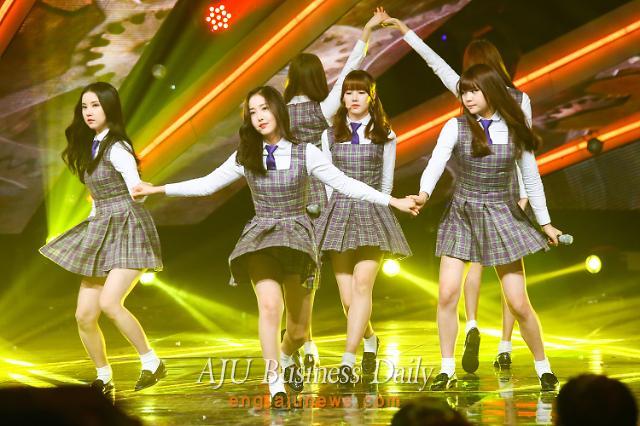 
G-Friend, South Korean idol group is the hottest girl group in the nation’s music scene. The girls are dominating the music charts and music shows with their hit song “Rough”

The girls set a triple crown in SBS’s “Inkigayo”, on February 28 adding another streak of wins in music shows. The G-Friend have won 15 times in Korean music shows and their popularity hot and seems to continue for a while longer.

The most wins taken by a girl group with a single song was “Luv” by “A Pink”, G-Friend is the runner-up with 15 wins. “Girls’ Generation” is the third with “Gee” and “Lionheart” with 14 wins each.

G-Friend is not only dominating the music shows. Their song Rough took the first place in “Melon” music charts last month and have stayed there for three weeks. The song is G-Friend’s most popular song ever released.

They are hot on social media as well. Their official YouTube channel has over 15,000 subscribers, and the music video of Rough had been viewed over 721,000 times since its release on January 24.