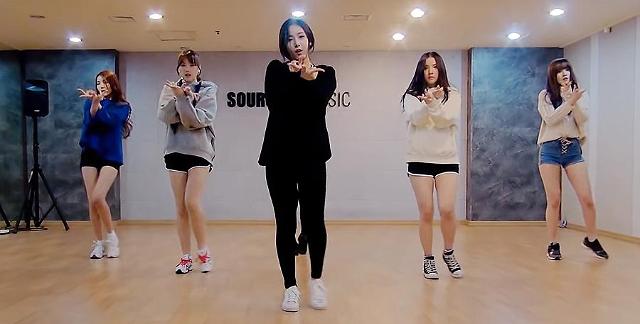 The video clip, which is rare to be seen since most of clips released are music videos, is a gift for fans who wish to watch the girls in practice. G-Friend is also well known for their well-synched choreography.

The idol group is topping South Korean music charts with their new title song Rough. They have already won 12 trophies from music shows and also doing the best on digital charts.