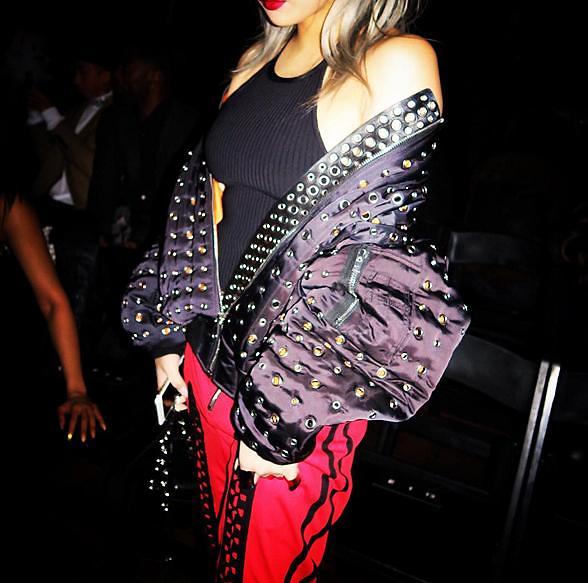 The rapper-songwriter was sitting in the front row of the show, wearing a riveted jacket exposing her pale shoulders. The front row of any fashion show is the place for it-girls and celebrities with huge fan-base. CL not only has a firm fan-base in Korea, she is the popular figure among Asian k-pop fans.


​
The celebrity caught fashion specialists Vogue’s eyes and they wrote: “Dressed in an off-the-shoulder black grommeted jacket and ribbed halter top, the 2NE1 singer, born Lee Chae-rin, was the picture of winter cool. Her porcelain complexion struck a stark contrast to her clothes, an effect further emphasized by her white-gray dye job, deep oxblood lipstick, and glossy brown eyeshadow finished with a black flick of liquid liner. If the total effect seemed to mirror the gothic cool undertones of Wang’s runway show, it’s no wonder. Because if her track record is any measure, CL is officially poised to become the next big star of New York Fashion Week.”

The Vogue commented that from the look of things, CL is to be seen al lot more frequently in the US music scene.

CL, debuted solo in the US with a single “Hello Bitches” last November. The clip which was uploaded onto YouTube drew the attention of the music fans worldwide.

Below are CL's Instagram posts from Today. She is still having fun at the New York Fashion Week.