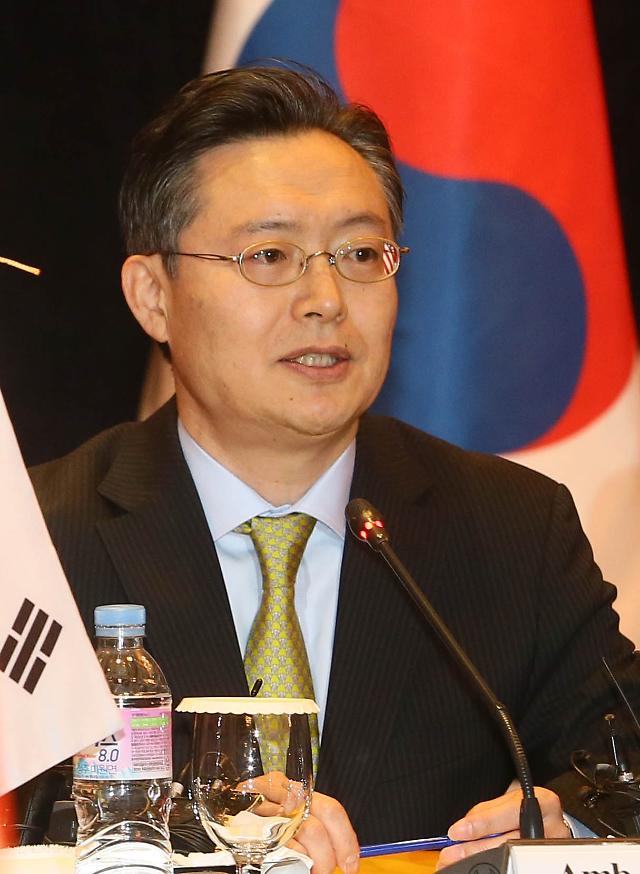 South Korea’s top nuclear negotiator will meet his counterparts from China, the United States, and Japan this week to discuss a response to North Korea’s nuclear test, Seoul’s foreign ministry said on Monday.
.
Hwang Joon-Kook, who represents South Korea at the long-stalled six-party talks, will hold a meeting with his U.S. and Japan counterparts on Wednesday in Seoul. Hwang will then visit China Thursday to meet Wu Dawei, China's top negotiator.

Schedules for the meeting between Hwang and his Russian counterpart are under coordination between the two sides, the ministry said.

In 2005, North Korea reached an accord with the United States, South Korea, China, Japan, and Russia to suspend its nuclear program in return for diplomatic rewards and energy assistance. Numerous efforts to restart the talks have failed after negotiations collapsed following the last round in 2008. At the time, North Korea declared the deal void.

North Korea has called for the resumption of the talks, but the United States and South Korea have said it must first show it is serious about ending its nuclear program.

The United States is preparing to more strategic U.S. weapons to the Korean peninsula after a U.S. B-52 bomber flew over South Korea on Sunday in response to North Korea's nuclear test last week.

North Korea's state media said on Monday the United States was bringing the situation to the brink of war.

North Korea's test on Wednesday angered both the United States and China, which was not given prior notice though the U.S. government and weapons experts doubt the North's claim that the device it set off was a hydrogen bomb.