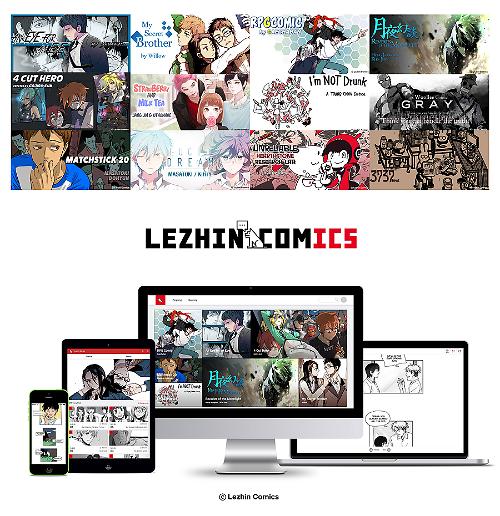 “Lezhin Comics”, a South Korean web-cartoon platform has set off to advance into U.S. market.

Lezhin Entertainment announced Monday that its Lezhin Comics (www.lezhin.com) have started servicing in U.S. markets since the end of last year.

The comics company had been making preparations for launching its service in U.S., setting up payment methods, and localization of its contents. Lezhin Entertainment is also in preparation of establishing a corporate which would take charge of businesses in the U.S. The company made its goal to launch its services in the U.S. clear last year and had been in work since then.

Total of 12 web-cartoons will be serviced, which all of them created by Korean authors. The genres of the contents vary from fantasy to romance. Lezhin Entertainment handpicked the items which were expected to gain popularity by the readers in the U.S. market.

Among the localized contents are – “Four-cut Hero”, “Matchstick Twenty”, “An Eye For An Eye”, and “My Secret Brother”. All of them are the most favored web-cartoons serviced by Lezhin Comics.

The Web-cartoons will be purchased by paying via credit cards. Lezhin Comics plans to expand its contents up to 40 by the first half of 2016.

“The launching of our services in the U.S. market is a footstone to expanding our business in the world’s largest contents market,” Han Hee-sung, CEO of Lezhin Entertainment said, “We plan to work as the main channel of exporting South Koean web-cartoon and in same time becoming the most popular web-cartoon platform in the U.S.”

Lezhin Entertainment had successfully launched its services in Japan and Taiwan after being the most favored web-cartoon platform in South Korea.