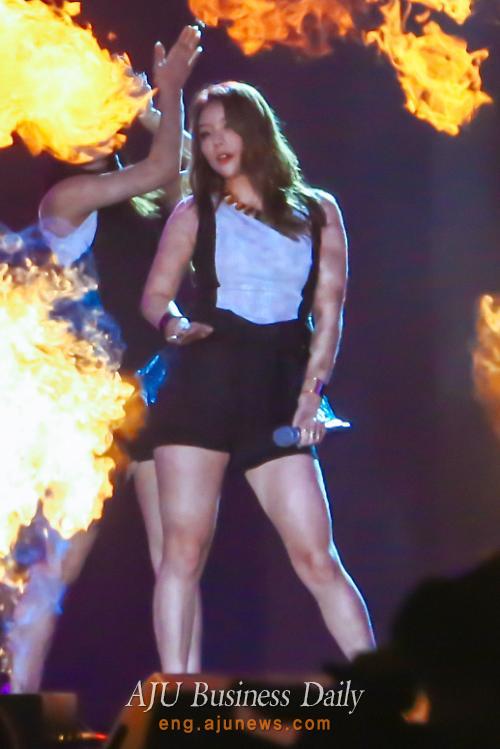 K-pop singer Ailee, who has been known for her powerful vocal, sustained a toe injury when she filmed the music video of a new single in Goyang, Gyeonggi Province, Monday, her management agency in Seoul said.

The 26-year-old had the injury as a radiator fell on top of her right foot, according to the agency, YMC Entertainment.

In spite of the injury, the singer will release a new full-length album on Sept. 30 as originally scheduled, it said.